This week I was trying to deploy an OVA on a vCenter and it was throwing strange error messages. I chalked it down to the Flash client being dumb, but then I could not add a new Role for some permissions.

Once I started I discovered the issue it reminded me the importance of checking the basics.

As I said above the first sign of an issue was on the deployment of an OVA. In the Flash client I kept getting this error when selecting Deploy OVF Template:

I tried then using the HTML5 client and it would just sit at Validating at step three in the wizard: 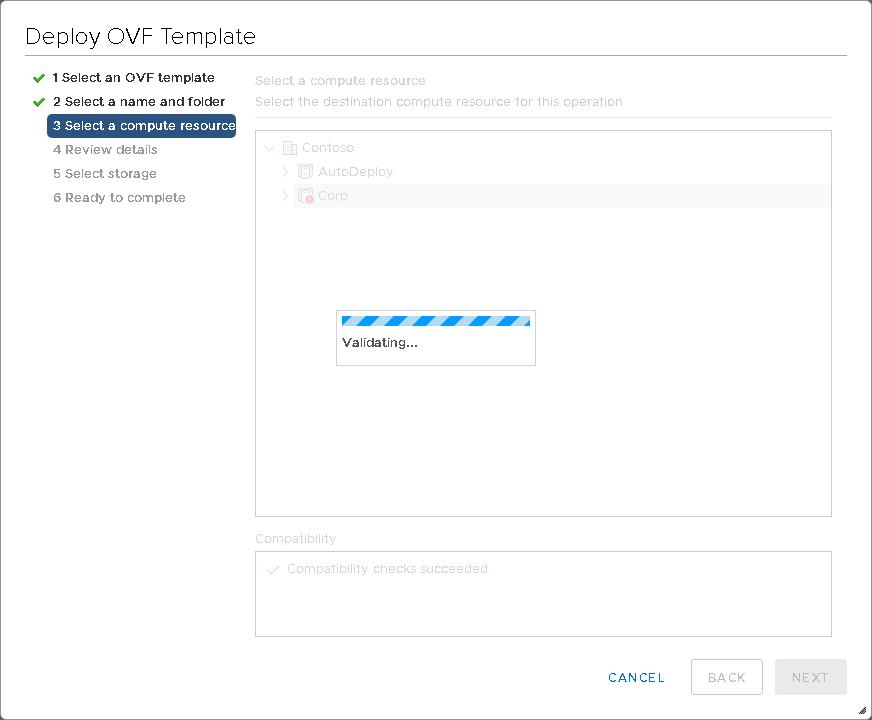 I had a look at the VMware Knowledgebase and found KB2151085 but this was originally a new VCSA and had not been upgraded. I ran out of time to investigate further so ended up using PowerCLI to deploy the OVA I needed.

The next day I needed to create a new Role in vCenter and encountered further issues. The first was when I went to the Roles screen in the Flash client. It said I did not have permissions. I then tried using the SSO admin and had the same: 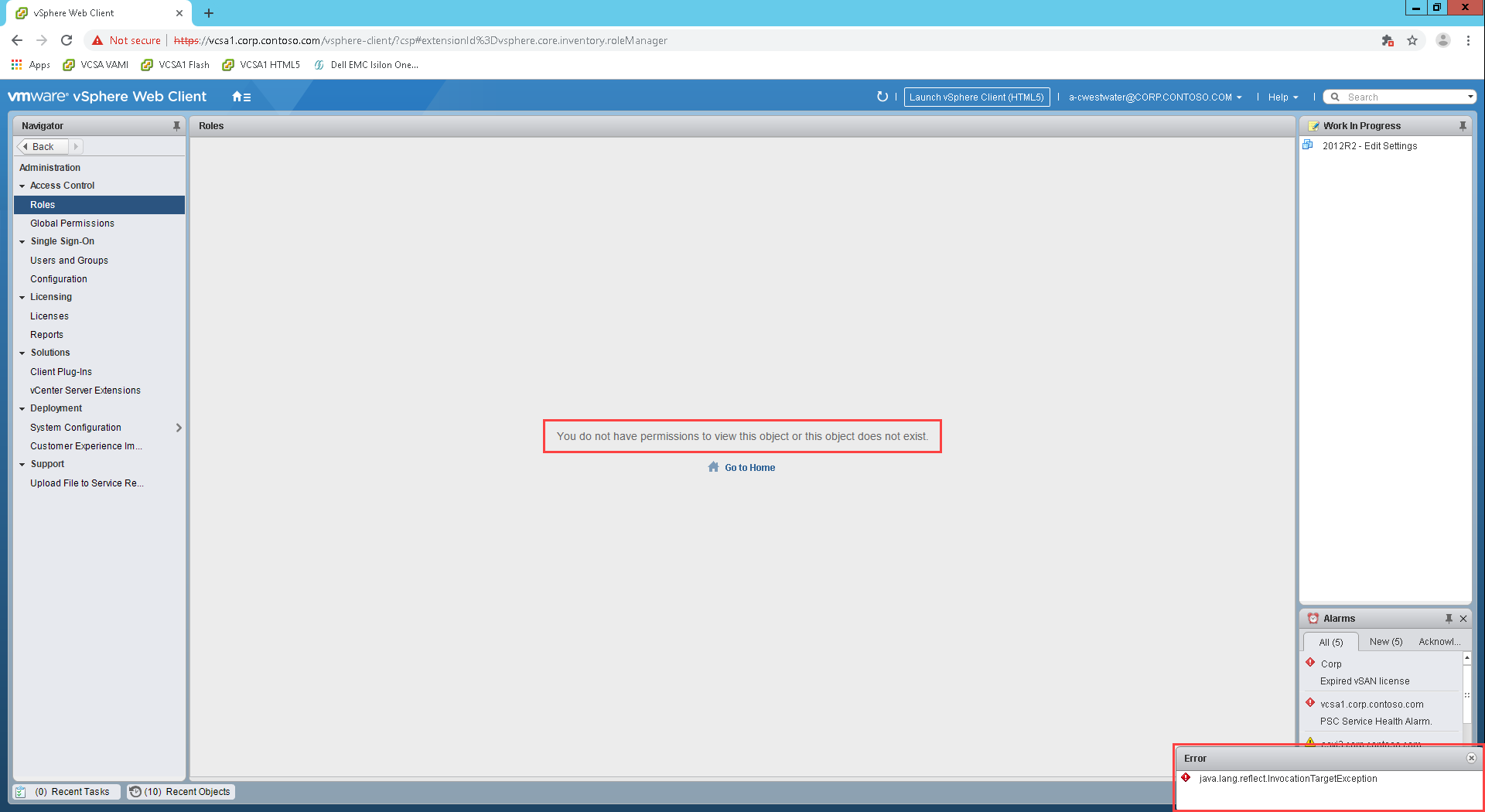 Again I checked the HTML5 client and found an empty screen:

As a final check I went to an existing folder and tried to add an existing permission to the folder. Going to the Add Permission wizard in the Flash client I got the error:

An internal error has occurred - Error #1034

and the error stack showed:

Googling Error #1034 showed a couple of entries and they fixed it by rebooting the appliance.

At this point I knew I had a serious problem. My first thought would be to reboot the appliance but this would have involved a Change ticket with approvals and an out of hours reboot which I wanted to avoid.

I spent time wondering if there was a permissions error but I was trying the SSO local administrator account which has access to everything. I spent some time looking at the SSO configuration and the Groups but could not find the issue. I could rule out permissions as the cause.

Next I spent time looking at KB2151085 from above. I performed the steps listed even though I knew is was a bigger issue but wanted to rule it out. Of course that didn’t help.

At this point it was lunch time. As many of you know there is nothing better to help you figure out a problem than walking away from it for a while. So I went for a walk! When I got back I decided to get back to basics and check on the health of the appliance.

I checked the following in the VAMI:

That all looked good.

Then I moved to the vCenter UI. I had a look at the System Configuration under Administration and noticed in the Services Health a Warning: 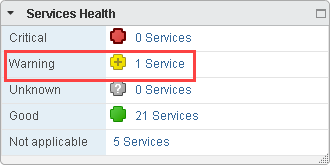 Clicking on the Objects tab I could see the VMware vCenter Server service was in Warning. Looking further down the list I noticed something. The service vAPI Endpoint was stopped:

I knew the vAPI Endpoint is a critical vCenter service. Checking the properties of the the service showed it should have been running as the Startup Type was Automatic:

I started up the service and went back to the Roles screen using my domain account and could see Roles now: 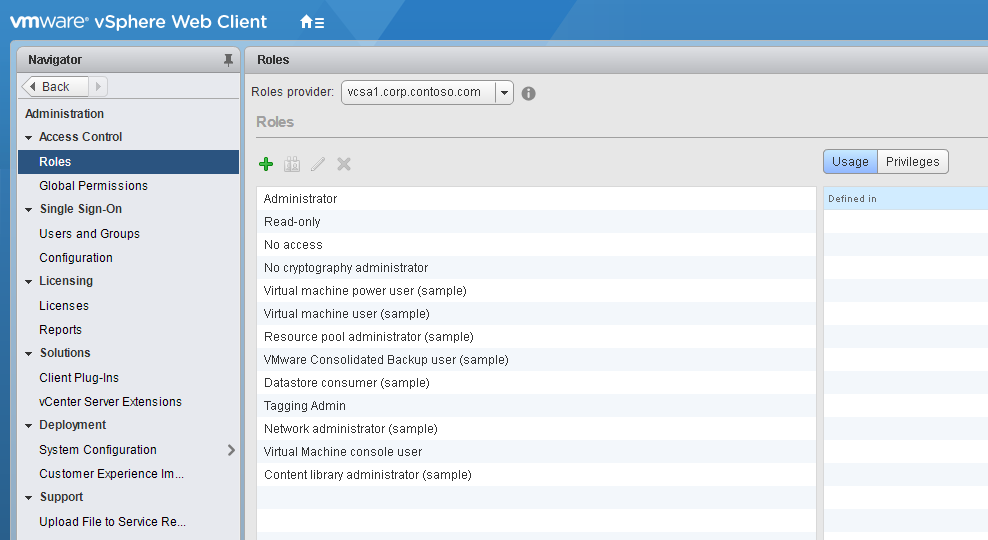 I then check a simple OVA deployment and it worked.

This taught me a lesson. I spent too long on Google and searching for a complex error and fix. I need to start with the basics first.

I also took note in our wiki of the services that should be running on the vCenter and PSC so that others not as familiar will know what should and should not be running.

I also wanted to blog this as the specific error codes matched other issues and KB articles that were not relevant. If anyone else hits similar problems I hope they land on this post and it helps them.